Sunday morning and the dog needed a walk so decided that I would go over to Hallowe’en Rift and get the lump of flowstone that I had left there. Parked at the end of Dursdon Drove and walked along the hilltop at Rookham before crossing fields down to Hallowe’en Rift. At the cave I took some photographs, put the lump of flowstone into my bag before spending a few minutes placing some more stones onto the retaining wall. 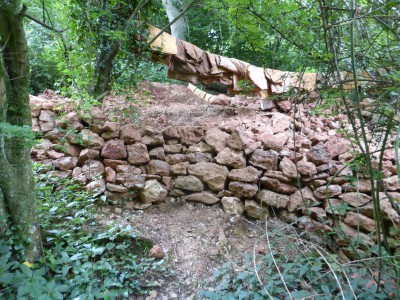 As previously mentioned (23/07/2016 entry) after splitting a lump of flowstone yesterday another older speleothem was revealed encased within it, as is clearly seen in the image below. 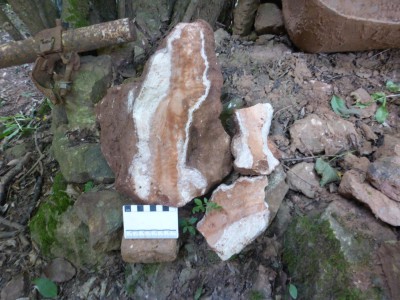 The other lump of flowstone also reveals an older speleothem. Just to the right of centre the remains of a small stalagmite ‘boss’ can be seen below successive layers of flowstone. 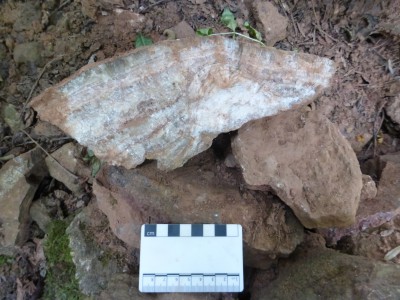 Both these remnants of flowstone have been recovered from the sediments removed from the ongoing dig at the end of Merlin’s Magic Milk Parlour. It would be interesting to get these dated to establish whether the ages are similar to the dates from previous samples.