With Jonathon, Nick and Matt.

Me digging, Jonathon at the bottom of the slope, Matt at the top and Nick on the haul and shuttle.

The cave is showing the very first signs of drying, some of the puddles were lower and the sediment wasn’t quite as claggy. 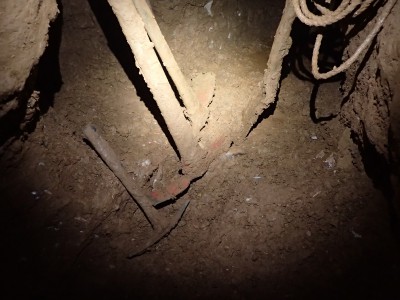 As the excavation proceeded, tantalising little spaces were opening, unfortunately these were not accessible, there appears to be a calcited pile of cobbles and boulders causing an obstruction. As ever, more sediment will need to be removed to get a clearer picture of what lies ahead.

Thirty bags filled, I moved back and Jonathon took over the digging, I went back to swap places with Nick so that he could look at the end later.

About 12:30hrs, it was time to clear the cave, Nick went to look at the end, the rest of us started to clear the bags and rock. The bags were so much easier to empty this weekend, although a couple had come to the end of their use and were incorporated into the wall. 40 bags and 2 skip loads of rock out to the surface.

It was glorious in the warm sunshine, but it was pub-time. 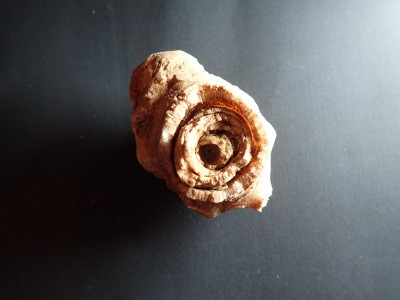 This interesting fragment of calcite formation was recovered from the finer sediment a little while ago.