Continued the
digging effort to the south-west side of the entrance (downstream), enlarging
Quiet John’s dig. Jake, Nick and I, with others, had dug there in the early
90s. It is rather snug in places. Jonathon, Nick and Brockers were all digging,
filling bags and moving rocks. Tav was dragging the loaded skip back, not
always with ease, to transfer the load into the skip to the surface, where Alex
was hauling the skip out of the cave. 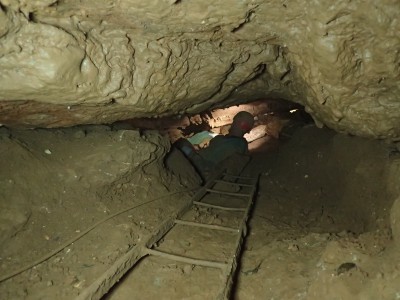 I was on the
surface too, wall-building and emptying the bags. It was a glorious autumnal
morning in the warm sunshine and soon had to remove the oversuit.

Alex rued the mention
of a slow start to the morning’s session as the flow of bags and rocks
accelerated. A sterling effort by Alex, 107 loads to the surface; 82 bags were emptied and re-bundled to be returned underground at the end of the session,
and 25 skip-loads of rock, most of which was incorporated into the wall. 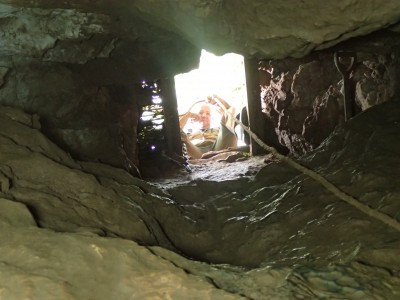