I had spent the early part of the week (16th-19th)
at the University of Sheffield Zooarchaeology Labs attending an intensive but
informative course “The History of the British Fauna: wild and domesticate
vertebrates”. The course was delivered through lectures and practical sessions. 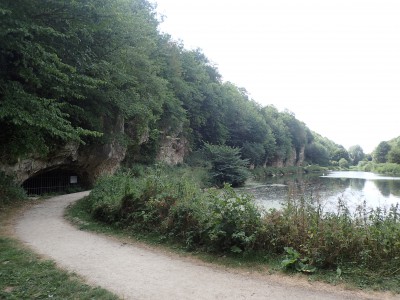 Following the three-day course, a visit to
Creswell Crags, including a tour of the museum and caves to see the faunal
remains and some of Britain’s oldest ‘cave-art’ 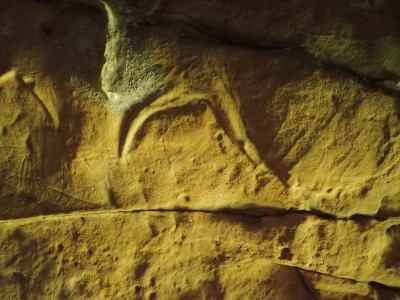 Unfortunately, the latter part of the week
was marred by some negative correspondences, which meant I wasn’t really in the
mood to go digging in Hallowe’en Rift. Others did, and their report follows:

Paul and Jake went to the new chamber, where
Paul started digging in the floor’

Whilst Jake loaded the spoil in to skips that
passed to Alex at the stal boss and thence to John who stacked them on the
slope. After 26 bags and 13 skip-loads of rock had been removed, the
whole team then moved back and cleared the days efforts out of the entrance.
It was noticed that whilst Paul was removing spoil from the pot, the
draught increased considerably, making things very chilly indeed; Moving Jake
to complain of having white finger.

The prospects ahead look very good, with 3-4
metres of passage being visible, with airspace of 5-6 inches over a bed of rock
slabs and stal, overlying gravel.”

Tav, obviously with too much time on his
hands, came up with the following statistics:

“Based on your blog here’s a list of the
number of trips (i.e. time and effort) expended by the current team since 1991.