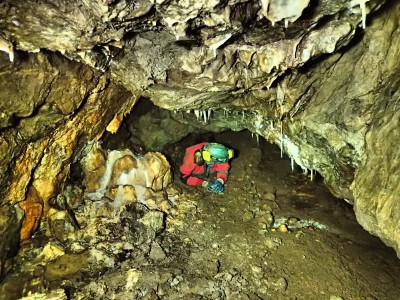 I went with Roz to the new extension of An
Unexpected Development to take some photo’s, Duncan, Tav and Jon went to Trick
or Treat area to continue with the survey, Brockers and Nick went down the rift
to start building a wall and do a bit of digging. 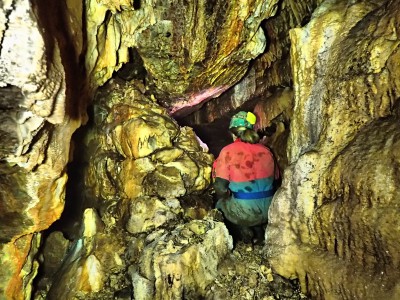 Photo’s done, ended up at the top of the rift
where we met Jon emerging from the annex chamber. Nick and Brockers ascended
the pitch and before leaving the cave, a loose boulder was removed from a
precarious situation and some more loose gravel and cobbles cleared from the
head of the pitch. 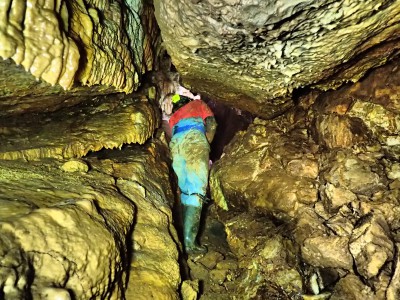